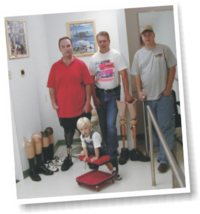 Amputee gets new lease on life

Cornucopia, a 6-year-old alpaca, endured the six-week process to fit her with a new prosthetic leg after her old prosthesis became unusable, Beverly Helms said. Dave and Beverly Helms own and operate Grand Prosthetics & Orthotics LightWeight
Artificial Limbs & Braces in Grove.
Cornucopia was released from treatment Thursday, she said.  “She was running and jumping,” Helms said. “When she first came to Grove to be fitted
for the prosthetic leg she couldn't jump around. Now she is jumping everywhere.”
Dave Helms created the leg by using a mixture of carbon fiber construction, epoxy resin
and titanium components.
“Cornucopia is an inspiration to everyone facing a disability,” said Kathleen Callan, co-
owner of Zena Suri Alpacas, where the alpaca has been staying during her treatment.

To Plant a Garden 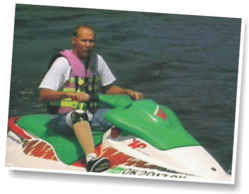 As Greg Sees It

GRAND PROSTHETICS:  it's more than just a business 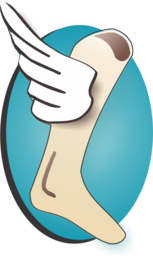 When life throws you a curve 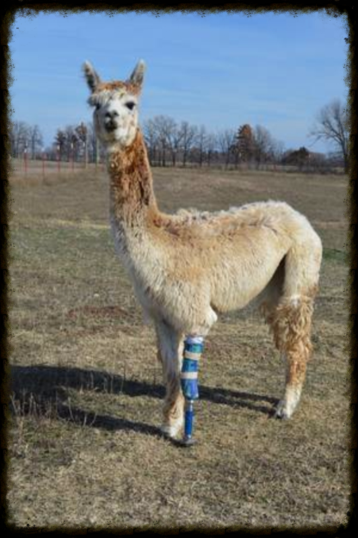